It's an almost shocking statistic, but from 200 to 2000 species die every year, and by die we mean become instinct. The big mammals, such as elephants, polar bears, and even pandas are the ones we know the most and probably care the most about, but they are hardly the only animals in danger.  Of course, we don't want this to tip into a conversation about man's destruction of nature, although it's easy to get dragged into this debate. Whether mankind has been the key culprit in culling biodiversity, there is one thing we can state as a fact and not feel like debating it at all.

To begin with mankind can be doing a lot more in preserving biodiversity. Whether it is through stricter government policies, giving up on specific habits, or generally coming down hard on the illegal trade of ivory and rhinoceros horns, there are definitely some actionable ways we can begin changing the world even today.

Now, you can argue that governments really have no say in it but they do. And so, having the government leverage its expertise may be the best way to move forward. The goal here is to prompt action on the part of the authority and it's usually governments that have access to all the resources we as taxpayers help fund.  However, to force a government into action, we need to stop and think about the issue that biodiversity is. While losing the pandas and whales may sound terrible, it hardly affects us on a day-to-day basis. What if, though, we lost the bees?  We don't actually stop to think about what could happen if the 20,000 species of bees suddenly disappeared from the face of the earth. Other than sending rippling effects across the animal kingdom, we humans would be direly affected by losing one of nature's most potent pollinator. 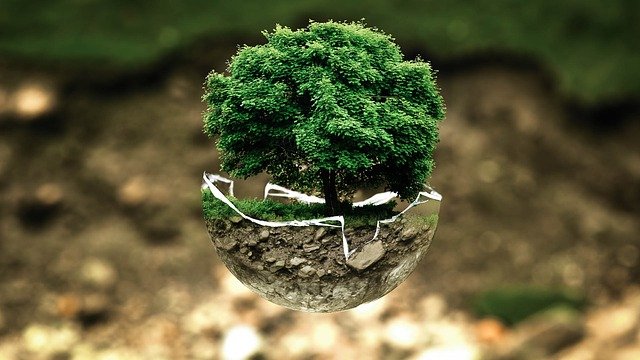 Without them, we will see yields in crops such as cereal grains plunge in a deathly spiral, yielding too little to make most of our diets sustainable. To give you another stark example, blueberries and cherries are only possible because bees actually pollinate them. Without the bees, we will lose 90% of berries and cherries.  This does sound worrying, and it is. If you need a little more materialistic reason to act sooner rather than later, then a new report by insurance firm Swiss Re that fifth of all countries are already at risk of complete ecosystem collapse. This doesn't affect just developing countries, and even Australia is at a loss in the fight against declining eco and biodiversity.

Giving up on your favorite meal or thinking twice before buying certain foods based on the way they are wrapped may seem excessive. It certainly feels like you are trying to pick up a fight or in the very least, call attention to yourself. However, saving biodiversity may depend on you being that one customer who raises a din whenever they don't think something that should be done otherwise is not kept. In terms of personal consumption habits, even eating excessive meat and fish, such as salmon, can be damaging to the ecosystems. Understandably, you not eating meat and salmon would not be enough to stop farming meat and fish.  However, if more people were to join you and opt-out of these foods, supply would simply have to match demand. Of course, not everyone is as picky as that and that's why government efforts are very important. The good news is that saving biodiversity is truly and only in our hands right now.

Finding an alternative is baked in our human nature. We are constantly on the lookout for discovering new ways to change things. As a species, we tend to find new ways and to adapt. Sure, humans are not very adaptable, to begin with – we do need oxygen, sunlight, fresh air, the right temperatures, clothing, a lot of nourishment, and more.  Yet in this complicated dynamic, we are able to always find a way to adapt and survive. Adaptation is definitely easy enough these days. Just like once upon a time we used to visit brick-and-mortar casinos, but today we prefer the comfort of our homes and picking a casino from Truenorthcasinos.ca's dedicated list of great online websites to try, so are we ready to embrace the great tomorrow.

However, to be able to have a better time at this tomorrow, we probably should start caring about our environment, and specifically the environment that is not in our immediate vicinity. We have the power to make a difference.